Last week we summarized what each sub-team has been doing for the past few months. This week, we will start to show a more detailed breakdown of the science, physics and techniques used behind the scenes!

Connor Schellenberg, who designed the new differential supports this year, used tools like topology optimization and FEA to perform detailed analysis using various load cases and then manufactured the final parts on the water-jet cutter and milling machine.

The goal of this project was to retain the successful elements of the 2017 Differential Supports while improving ease of maintenance and adjustability. The 2018 design brings the two mounting faces of each support co-planar, enabling easier shimming for chain tensioning. The jacking bar has been integrated into the bottom of the supports to further reduce weight and decrease quantity of parts. 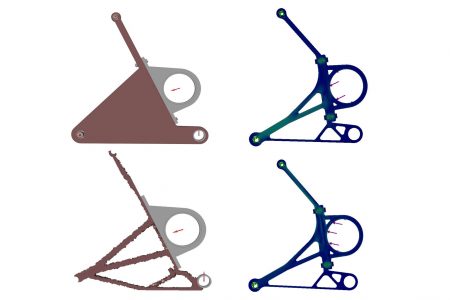 This project made use of topology optimization software to minimize the mass of the support arms and optimize the load paths. Expected loading scenarios on the rear differential were derived from acceleration, engine braking, and cornering data. The loads were then processed in a program called solidThinking Inspire to create multiple iterations of the support arm geometry. The iterations were modelled in SolidWorks and assessed using finite element analysis to further reduce mass and stress concentrations. 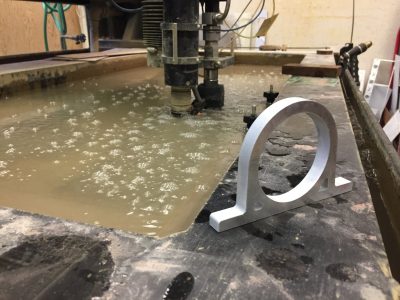 The supports and bearing housings were cut on the water-jet followed by a few operations on the milling machine for the bearing bores and mounting holes. 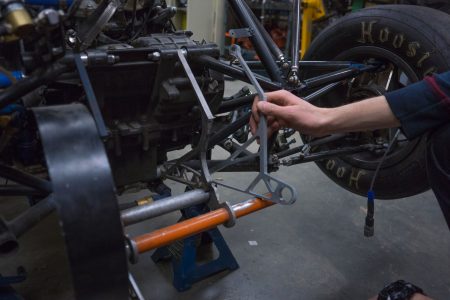 A comparison of the old and the new differential supports. 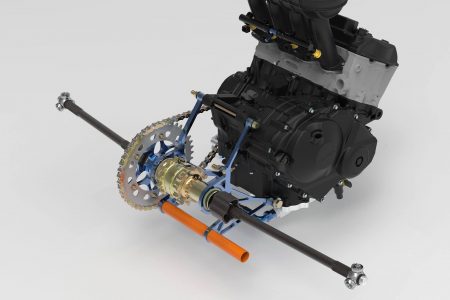 Render of the 2018 design with the new differential supports.